On the heels of a fantastic evening with Tate's birth father, I feel the need to get some thoughts down on "paper".

This blessing is like nothing we ever knew was possible...the feeling of seeing these 2 together, like no feeling I ever expected or ever knew existed.  It's hard to put into words really.  It's like the clearest picture of God's work to me.  To see someone love your child JUST as much as you and your husband do...a father's love, from 2 men.  Wow...it's amazing. 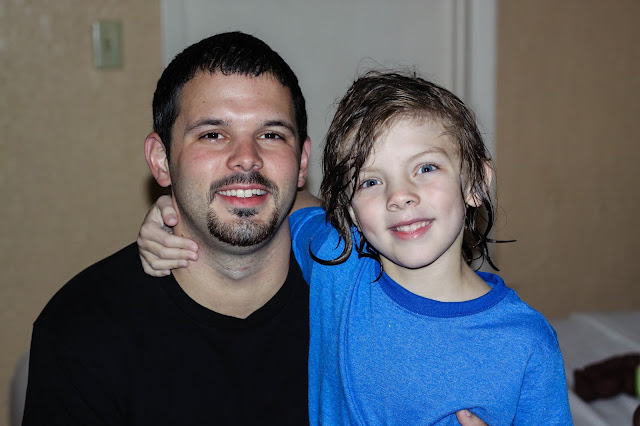 And those of you who know Tate know that he isn't quick to snuggle up or love on someone before a bit of warming up and sometimes even then, he keeps his distance.  Not with Brandon.  It's NEVER been that way with Brandon.  Aside from Sean and I, Brandon is the only other person that Tate needs no warming up with.  He leaps into his arms the minute he sees him and doesn't leave his side.  Their bond is SO evident to anyone who witnesses them with one another.  It's natural...no matter how much time passes between their times spent together, it never goes away. 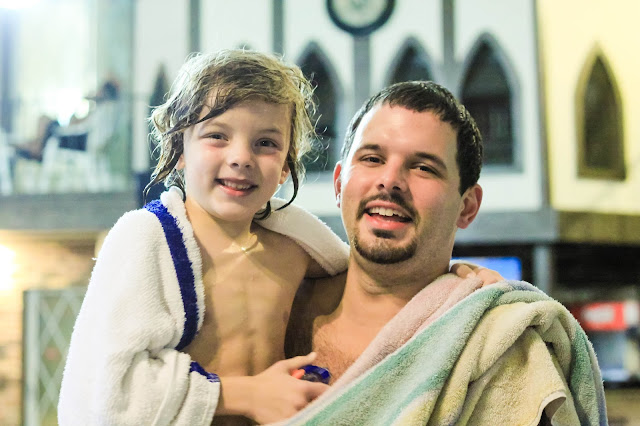 I will never forget the 1st time we got together with Brandon after we adopted Tate.  It was when Tate was 2 1/2 months old.  Whenever Tate would hear Brandon's voice, he would lift his head up and look right at Brandon.  He followed his voice and his face the entire time.  It was like he recognized his voice!  It was so cool to see! 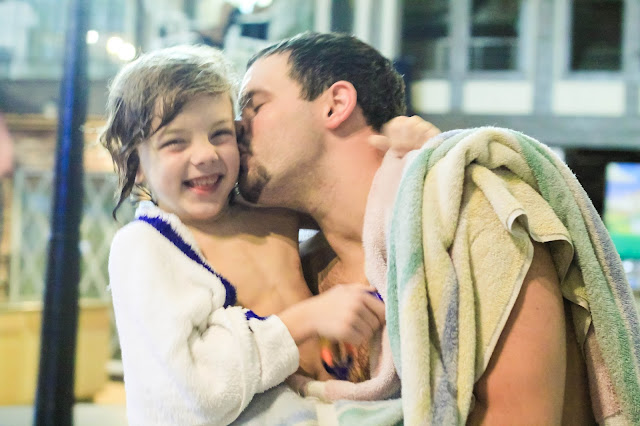 And that comfort level between them has only grown with time.  And now that Tate is getting older and understanding adoption and HIS adoption in particular, he recognizes how special these times are.  He loves every second of the time he gets to spend with his "birth daddy" as he calls him. :)  He said last night, "Brandon is so fun, he's my crazy birth daddy...he's so crazy.  I'm kinda crazy sometimes too, just like Brandon!" :) 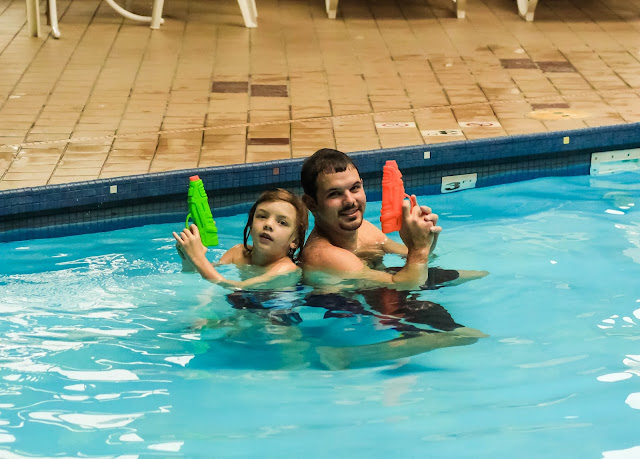 And it's so cool to see how alike they are!  Their mannerisms and expressions.  It's clear they are father and son! 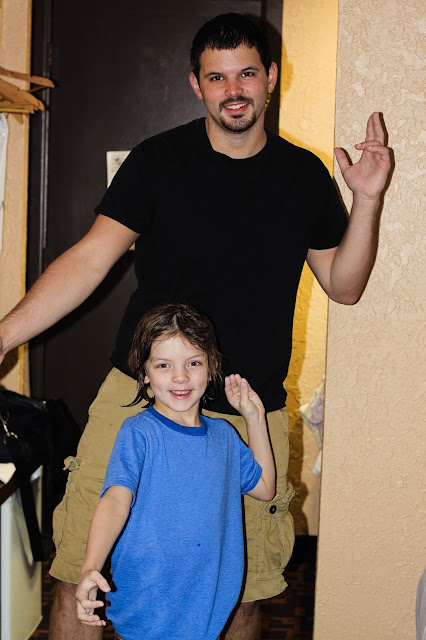 Having Brandon in our lives makes EVERYTHING make more sense, makes me love more, makes me feel much more blessed than if he weren't in our lives.  It makes me love Sean more.  To see Sean genuinely feel the same joy as I do when seeing Brandon with Tate makes my heart so full.  Sean feels the exact same way for Brandon as I do...he understands wholeheartedly the importance of Brandon's presence in our lives and he genuinely loves Brandon too.  Sean is not threatened by Brandon's role in our family, he is happy that he is a part of it.  Sean enjoys spending time with Brandon, they get along, they have many similarities as well!  Including a BIRTHDAY!  Crazy that Tate's birth father and Daddy have the SAME birthday, huh?! :)  Awesome.

Brandon has been amazing to us since the moment we met him.  He has respected our role as Tate's Mommy and Daddy 150%.  These are things that people have asked us...that people wonder.  We feel nothing but complete gratitude towards Brandon.  We know that God orchestrated every bit of this story and He continues to reveal to us His glory through our ongoing relationship with Brandon.

And not only did he very literally hand over his son to us, he continues to love on him and spoil him and thank US every chance he gets.

He loves Tate...Tate is his son and he is Tate's father.  And not only did we gain a son through this adoption, we gained Brandon...and we cannot imagine our life without him in it.

And this picture...oh my.  I can't hardly even look at it.  Adoption is bittersweet...with what we gained, there was tremendous loss.  And though we thank God every moment for our Tater Tot, our hearts still ache for Brandon and Maggie.  The magnitude of what they willingly gave us is insurmountable.  It is something we will never be able to repay them for. 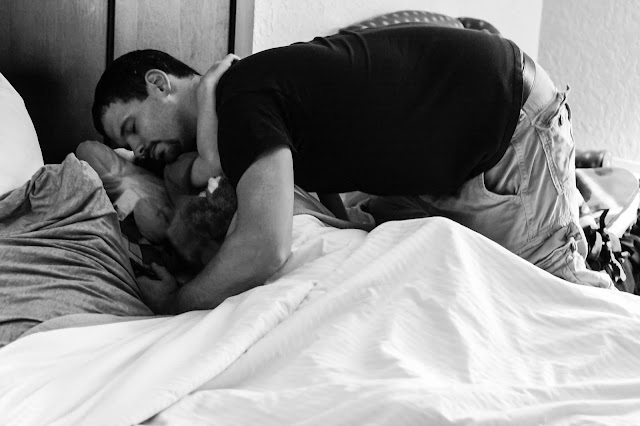 It's been a BUSY, but fun last week of photo sessions.  I am getting really busy!

I still have to pinch myself that this is my "job".  I mean, I get paid to take pictures...crazy.

I've has a cake smash session... 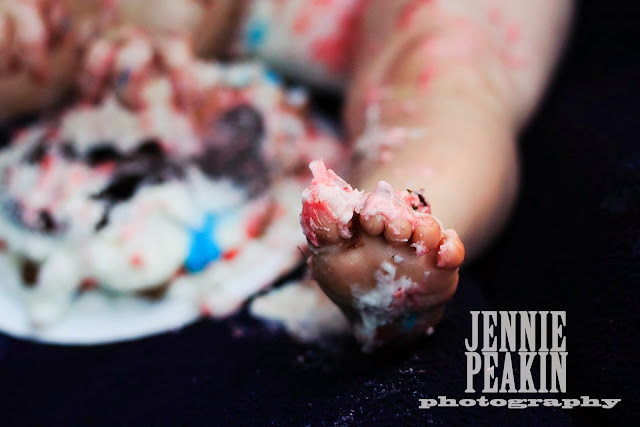 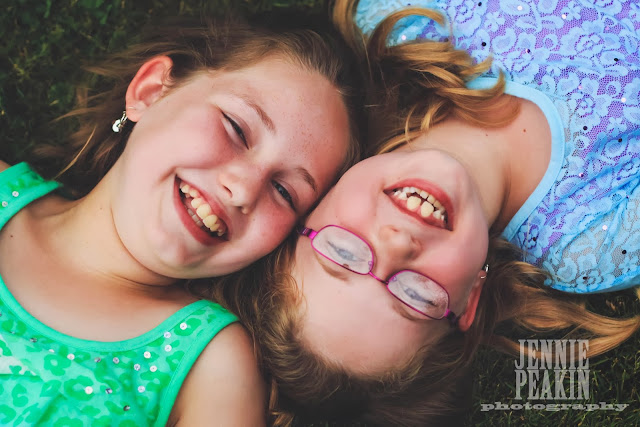 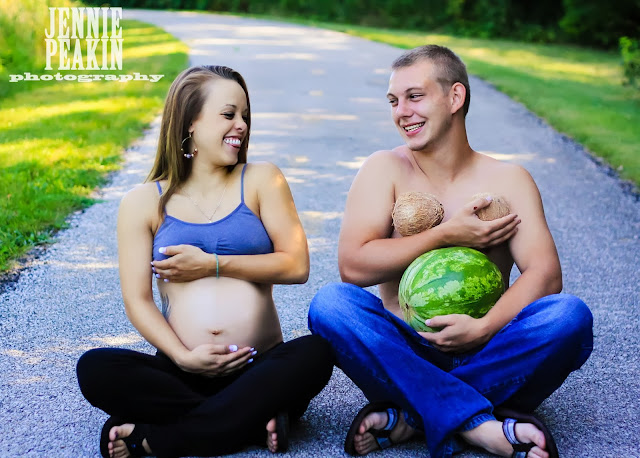 and an awesome group of children! 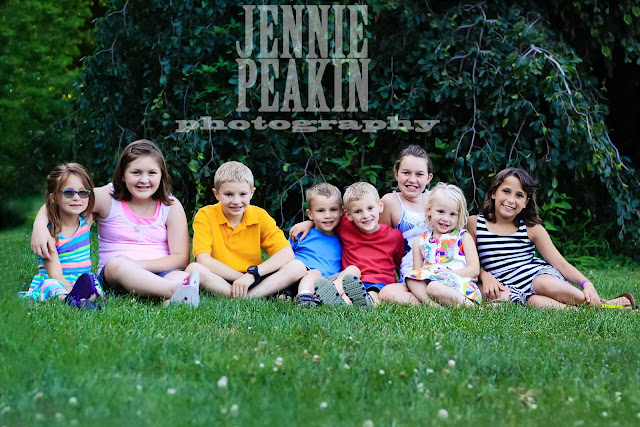 School starts for the boys 2 weeks from Monday!  This has been the fastest summer EVER!  Part of me is ready for the kids to go back and get back into a routine and the other part of me is going to miss them and struggle with being tied down to a routine and schedule.  I should probably start working on getting the boys to bed earlier here soon...we've gotten into a BAD habit of late nights and sleeping in every morning!

I will also be soaking up my time with Cason being home while I can.  He starts school in January!!!  Ugh.  The thought of that gets me a bit dizzy and nauseous.

The next 2 weeks will be NUTS as we are packing a lot in!  Tate and I have our "back to school date" planned where we go to dinner just him and I and get his school supplies and he is so excited.  We are going to be spending a night in a hotel and getting together with Brandon (Tate's birth father) so he and Tate can swim and spend time together before the chaos of school begins.  We are making a trip to visit Knutsons and see their new home, we hope to fit in several of the last things on our summer list.  I have the 2nd annual Stewart Girls Shopping Day with my mom, Cassie and Brenda so we can get the clothes our kids and we need for the school year...and we might have a fun dinner and drinks as well. ;)  Last year was SO FUN that we decided to make it a tradition!

In addition to all that, I just have life.  Labs for Wes, photo shoots, appointments galore...the usual.  Today we head out for the weekend to remember my Grandpa and say our final goodbyes at his memorial.

Hope you all have had a wonderful summer and enjoy every last minute of it before we blink and it's over!
Posted by Jennie Peakin at 9:13 AM No comments:

Yikes...it's been WAY too long since I posted anything on my blog!  I have been so busy with so much.  I can't believe that the summer is coming to an end!  I am not ready to send the kids back to school! :(

More later...
Posted by Jennie Peakin at 8:12 PM No comments:

Posted by Jennie Peakin at 10:05 PM No comments:

What have we been up to lately? Just getting stuff checked off of the summer list!  We are trying to soak up summer while we can.  The heat has finally seemed to arrive!
Tate has become a fish!  One day he was swimming with floaties and the next day he was swimming on his own!  We went swimming yesterday and he didn't wear his floaties once and swam all over the place! 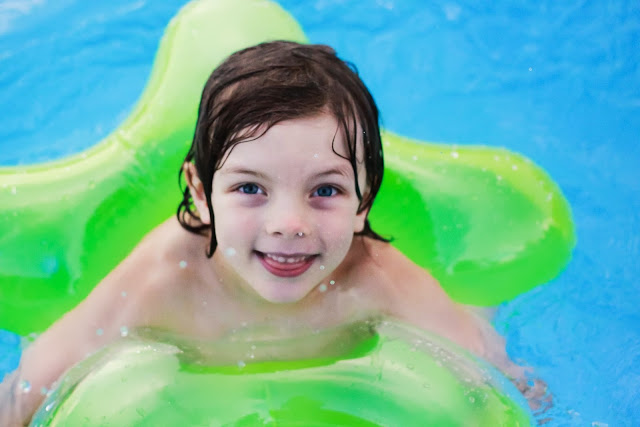 Wesley loves the water too!  And Cason could be in the pool for hours!
I would say we need to put a pool in at our house. ;) 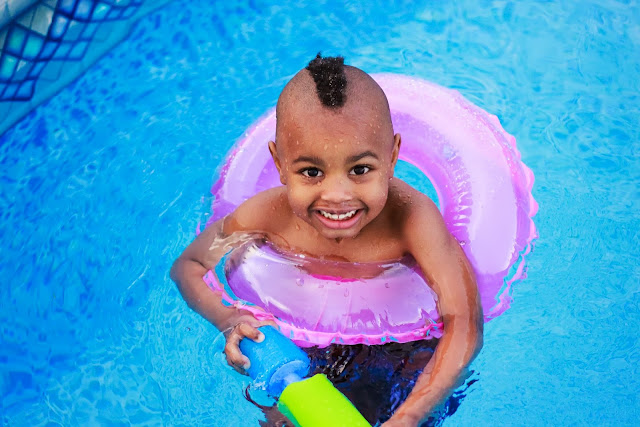 We hiked Wild Cat Den...love that place and love these boys! 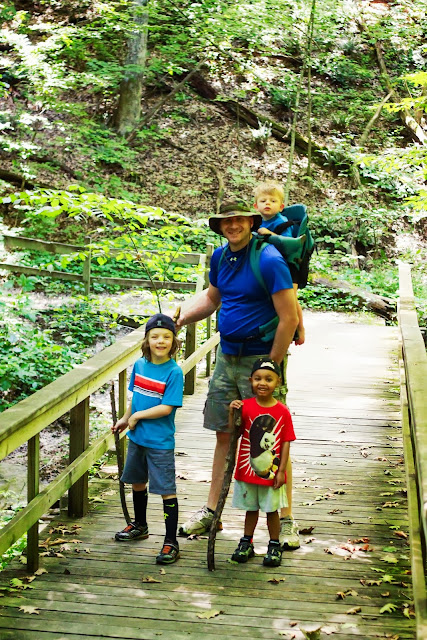 We did sparklers on the 3rd with DeCooks... 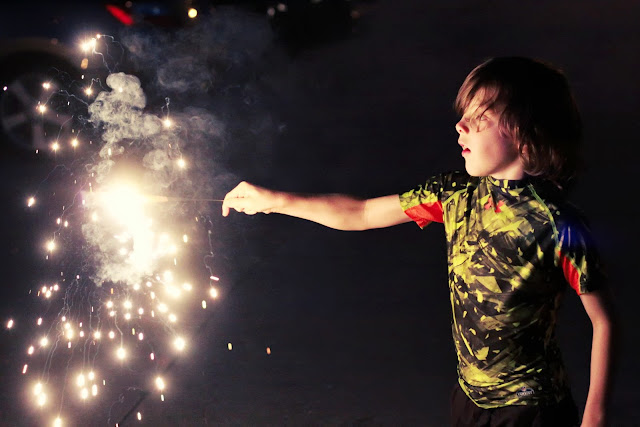 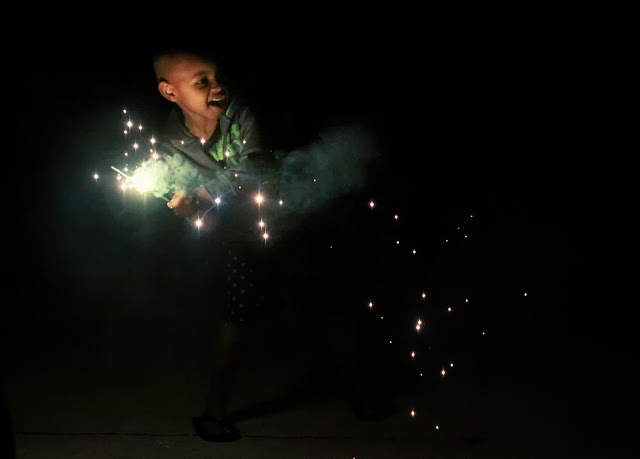 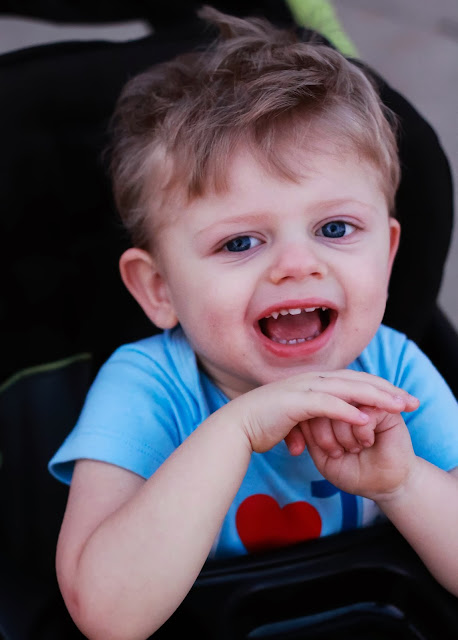 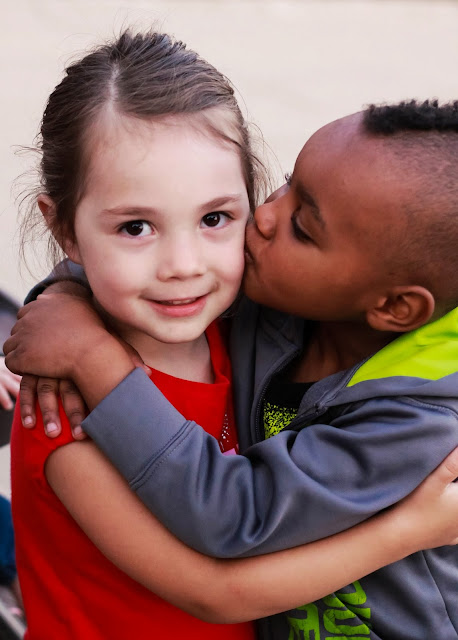 And we watched the Red White and Boom fireworks from the rooftop of a condo with the DeCooks.  Awesome view! 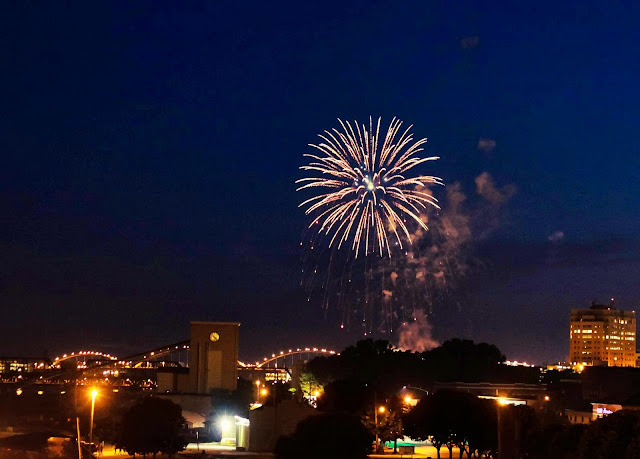 On the 4th, we spent the day in Muscatine swimming and hanging out with family.
We celebrated Brigg and Bode's 12th and 8th birthdays on the patio at Elly's while we ate pizza and waited for the fireworks show. 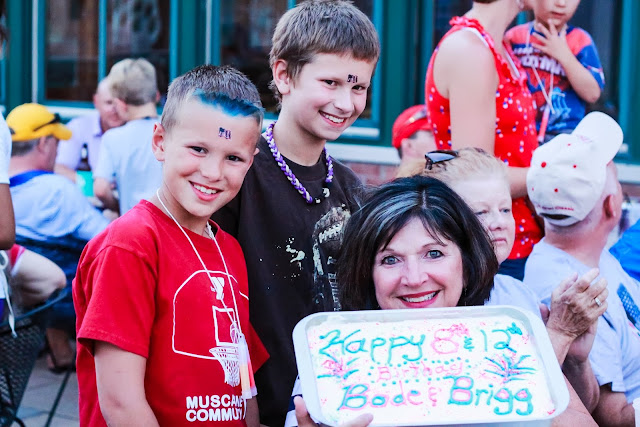 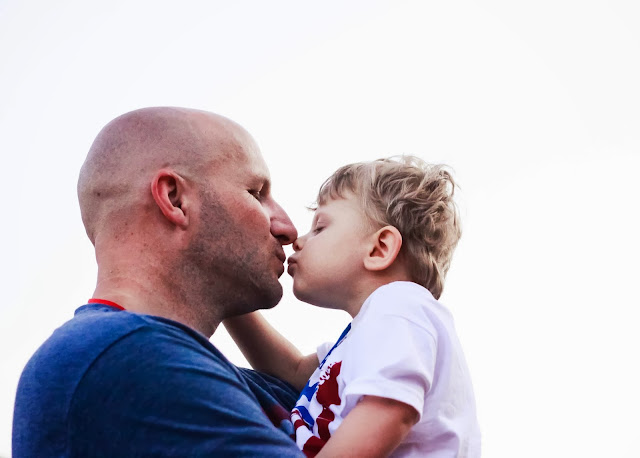 Again, we had an amazing view! 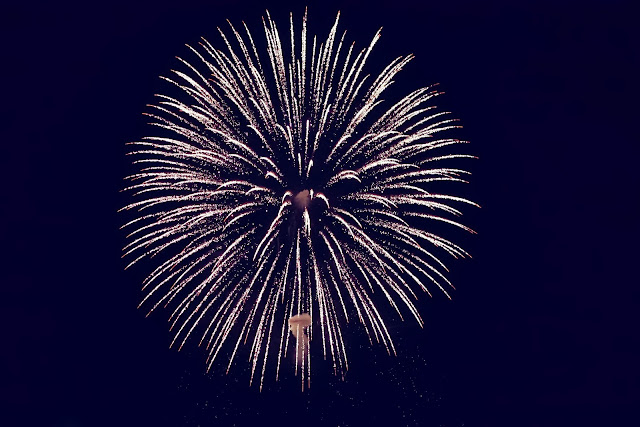 And in between all of that, I have had some fun photo shoots in the last couple of weeks! 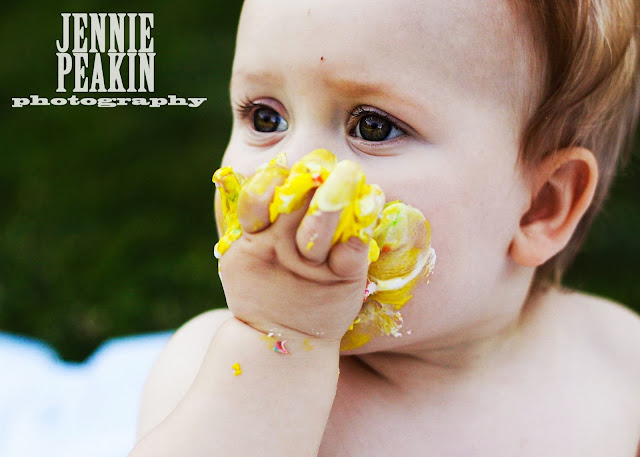 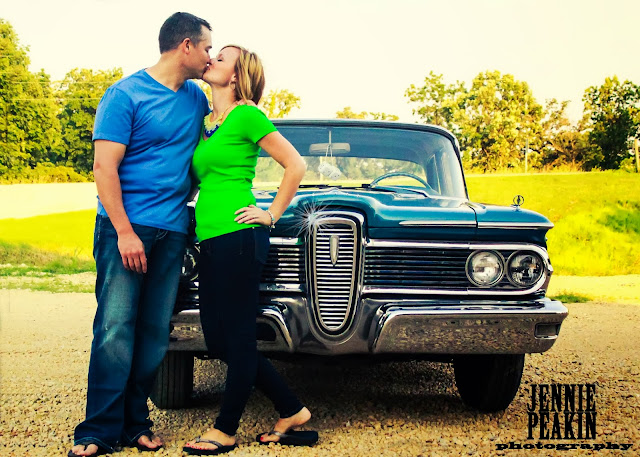 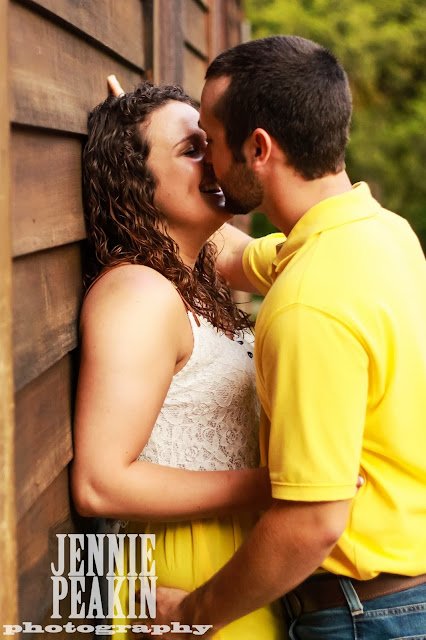 We still have a lot of stuff to check off of our Summer List...better go get to it! :)
Posted by Jennie Peakin at 10:03 AM No comments:

"God whispers to us in our pleasures, speaks in our conscience, but shouts in our pains: it is His megaphone to rouse a deaf world." -C.S Lewis

Our 3 Blessings from God 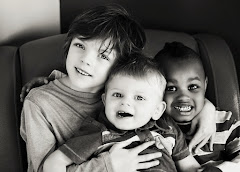 We struggled to start a family until God opened our eyes to the blessing of adoption. We have been blessed with 3 boys who grew in my heart!

Our little Tater Tot is our first child. Adopted at birth, he changed our world and lives in more ways than we could have dreamed. He is so smart and makes us laugh every day! Timid and sensitive while also a little wild and crazy sometimes, he is the best of both worlds! He is passionate, competitive and sensitive. He makes us so proud every day. He loves his brothers and we are so proud of the big brother they have to look up to.

Our middle boy, Wesley brings constant energy to our family! He loves fully and has a personality like no other child we've ever met. He has gone through more in his short life than many will go through in entire lifetime, but you would never know. Strong and willful, loving and curious...gorgeous beyond words! Wesley is not one that people forget, he won't let you. He keeps us busy and we love that we get to be his mommy and daddy forever!

Our baby. Cason is the happiest, sweetest little boy alive. He has a way of making any person who comes in contact with him, fall completely head over heels in love. He is snuggly and sensitive. He had our hearts from the moment we laid eyes on him when he was 11 months old. We knew he was going to bless our lives and change our world in ways we had never dreamed before meeting him. He suffered a lot in his first year of life and we get to spend the rest of our lives making up for what he had to endure. A blessing beyond words.

The Joy of Open Adoption

Read HERE the story of how we have been blessed with an amazing, open adoption.

10/5/12 - Finalized the adoptions of our 21 month old Cason Stewart Peakin and our almost 4 year old, Wesley Xander Peakin!
2/10/12 - We got "the call" saying we were going to be parents again to a 3 year old boy we've prayed for over the last several months!!!

5/30/11 - We get fingerprinted and mail in paperwork for our background checks.

5/26/11 - We attend the informational meeting with Iowa KidsNet.

5/2/11 - I call Iowa KidsNet to start the process of becoming a licensed foster family.

4/23/11 - I meet 2 children that instantly make me think of considering fostering to adopt.

FAMILY, FRIENDS AND OTHER BLOGS I READ...